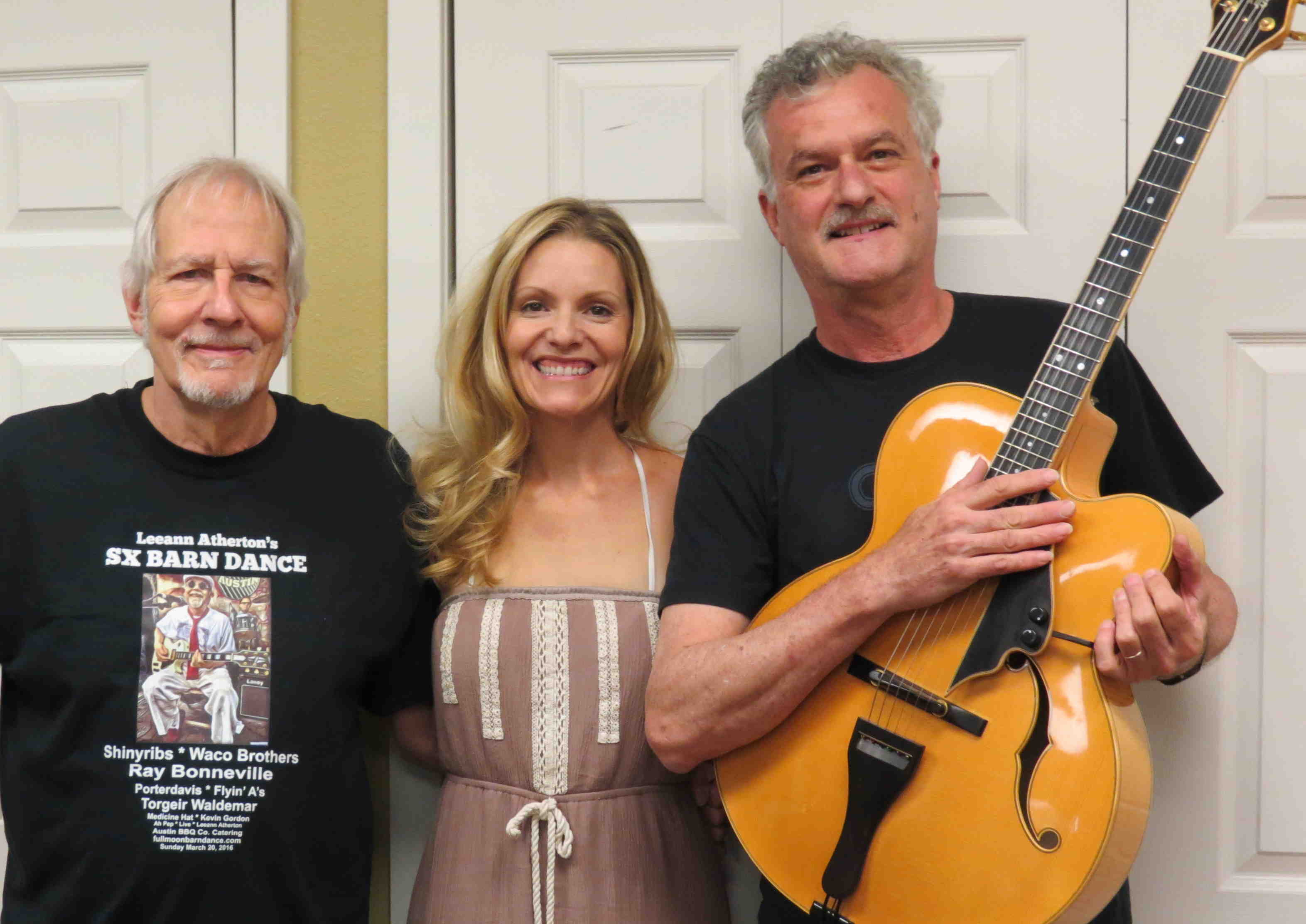 Multiple Austin Music Award-winning jazz singer and songwriter Sarah Sharp joins us in conversation and live performance, accompanied by guitarist Russell Scanlon. When Sarah was featured on NPR’s Song Travels with Michael Feinstein, Feinstein predicted that her original songs were destined to become “part of the Great American Songbook.” According to Bill Oakey, writing in The Rag Blog, “Sarah is poised to scale the tall slopes that stand between her and national record success.” (http://www.theragblog.com/bill-oakey-metro-jazz-the-magic-of-sarah-sharps-music-be-careful-or-it-will-sweep-you-away/) Oakey also joins us in discussion on the show.

Sarah Sharp currently performs at premier Austin music venues, the Elephant Room and the Gallery at The Continental Club. Sharp, who is also half of the pop duo Kaliyo, recorded several albums as a pop soloist from 2002 to 2011, and then performed as the lead singer for the Jitterbug Vipers from 2012-2015. She stayed with that band until their noted jazz guitarist, Slim Richey, passed away in 2015. Her album of Viper-inspired originals, “Phoebe’s Dream,” earned top-five placements in the 2014 Austin Music Awards for Best Female Vocalist, Producer, Songwriter, Album of the Year, Song of the Year, Band of the Year, and Best Jazz Band.

Sarah has recorded 11 new originals written and co-produced with Cuban born/Sao Paulo-based Yaniel Matos. Matos describes the vibe of the album, which has not yet been released, as “Joni Mitchell/Herbie Hancock.”

“Sarah Sharp is one part Tina Fey, one part Aimee Mann. Both Sharp and Fey thrive in a male-dominated world, write brilliantly and would be dead ringers for each other with a quick dye job.” — Houston Press

“Not since the era of Edie Brickell has Texas produced such an intelligent, playful pop songstress. Sarah Sharp is the latest singer-songwriter to claim new territory in the indie music revolution with simple, witty pop songs infused with slight touches of jazz.” — last.fm.

“…her intricate songs are ever so slowly taking over the world.” — Dallas Observer

Rag Radio (www.theragblog.com/rag-radio/) is produced in the studios of KOOP 91.7-FM, an all-volunteer, cooperatively-run community radio station in Austin, Texas, in association with The Rag Blog (TheRagBlog.com) and the New Journalism Project, a Texas 501(c)(3) nonprofit. The host and producer of Rag Radio, Thorne Dreyer, is a prominent Austin-based activist and writer who was a pioneer of the ’60s underground press movement. The show’s engineer and co-producer is Tracey Schulz and the staff photographer is Roger Baker. The syndicated show is broadcast (and streamed) live Fridays, 2-3 p.m. (Central) on KOOP (www.koop.org/listen-now), and is later rebroadcast and streamed on WFTE-FM in Mt. Cobb and Scranton, PA., on Houston Pacifica's KPFT HD-3 90.1, and by KKRN, 88.5-FM in Round Mountain, CA -- and as a featured podcast at Veterans Today (VeteransToday.com). Contact: ragradio@koop.org. Running time: 56:26.